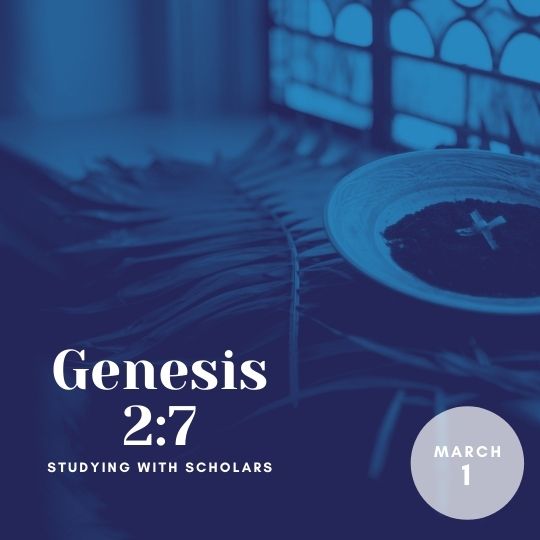 “Then the Lord God formed man from the dust of the ground, and breathed into his nostrils the breath of life; and the man became a living being.” – Genesis 2:7

Job 33:4 says, “The Spirit of God has made me; the breath of the Almighty gives me life.”

In the original language of the Bible, niš-maṯ ḥay-yîm means “Breathed the Divine Spirit” in English. In other words, the Spirit of God came into the soul and the soul became alive. This is the story that we intend to convey through the creation story today.

What is required of the earth to become a man? The only one is to fill the spirit of God in the earth. God filled the earth with the Spirit of God and called his name Adam. If you translate the name ‘Adam’ into Korean, it is Sa-Ram (person). In this sense, the filling of the Spirit of God means that a person is truly living as a person.

Ultimately, for a person to be a real human being, one should be filled with the Spirit of God, the Holy Spirit, to be truly alive. When we are full of the Holy Spirit, we can function as God intended as God’s creation.

In chapter 2 of Gospel of John, the first sign Jesus performed before starting his public life is recorded. What is it? It was changing water into wine. Have you ever thought about why Jesus’ first miracle was changing of water into wine, something that doesn’t seem that impressive? Wouldn’t it have been better if it had been another, more powerful, miracle? For example, a miracle of feeding 5,000 or calming the storm? Wouldn’t it have revealed more clearly that Jesus is Christ? Changing water into wine could be seen as just a visual deception that any magician in the world could do.

This miracle is just like preface to the gospel of John. It reveals what Jesus Christ would do in the days to come. There were 6 water jars used for cleansing ceremony. It was not for cleaning hands and feet for hygiene, but to symbolize forgiveness of sin and to become clean before God and people according to Jewish ceremony. Whenever the chief priest went into the holy place, he had to wash his hands and feet in water from the jar. Only when his sins were washed clean could he face God.  So he cleansed the visible body to symbolize the required purity of soul.

That is the very thing the Lord did for us. To fill the new wine in us who are like a jar that looks like alive but not. He fills the new wine to the top in us who were dysfunctional because we are not alive.

In The Family, a book written by John Bradshaw after he was delivered from the trap of long-term addiction, he wrote, “This starting point assumes the innocence of mankind as children, who have this mental cup waiting to be filled with love, nurture, and acceptance. When the cup is filled with the toxic pollutants of the world, you get people who just react badly.”

In the end our true new life would not come from our effort and will power but what gets filled inside us. I pray that inside of us will be a recurrence of the new creation through death and resurrection of new Adam.