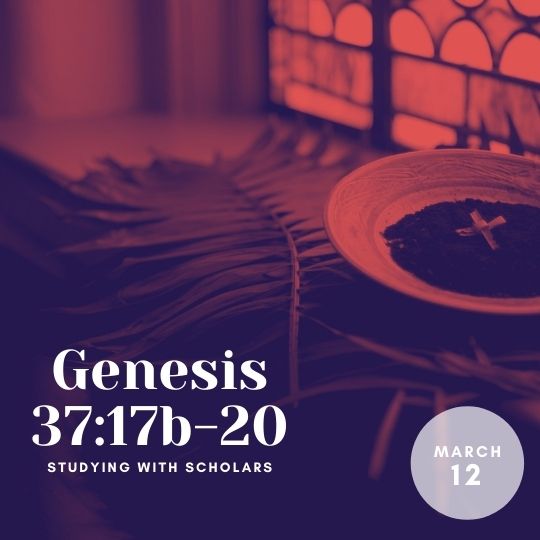 Genesis 37:17b-20 (NRSV): “So Joseph went after his brothers, and found them at Dothan. They saw him from a distance, and before he came near to them, they conspired to kill him. They said to one another, “Here comes this dreamer. Come now, let us kill him and throw him into one of the pits; then we shall say that a wild animal has devoured him, and we shall see what will become of his dreams.”

In Joseph’s brothers’ mouths, “dreamer” sounds like an insult. You can almost hear them spit the word as they begin to plot their little brother’s murder. Joseph is their father’s favorite, spoiled with the gift of a luxurious robe. It is not just their father’s preferential treatment that his brothers resent, though. They also, as their comments reveal, resent his dreams.

Joseph dreams of a world turned upside down, in which a younger son attains high rank and his mighty older brothers are brought down. His dreams were of a radical reversal. In a world of patriarchal primogeniture, where the biggest, oldest sons could expect to rule over their younger siblings, Joseph’s dreams of his older brothers bowing to him were upsetting, even offensive. They expected and wanted a certain arrangement of power, an arrangement that their young upstart brother, with his wild dreams and father’s blessing, threatened to undermine.

Yet God does not submit to our expectations. God wills a world that is different from the one we envision—a world we can scarcely imagine because it reverses or obliterates the status quo that we take for granted. When God’s vision conflicts with our expectations, though, it makes us uncomfortable, resentful, even violent. When Joseph’s God-given dream subverted their expectations, his brothers lashed out. They betrayed and abandoned Joseph, first leaving him in a pit for dead, then selling him for silver to line their own pockets.

Likewise, when Jesus’ ministry went against their expectations, his disciples turned away from him. Jesus refused to fit himself into the expectations of those who followed him. He resisted their plans to start a violent uprising against the occupying Roman forces. He refused to participate in the judgment and hierarchical posturing of the religious elites. He eschewed attempts to place him on a royal pedestal, preferring instead to sit at tables with sex workers and tax collectors. He preached about his dream for a divine kingdom where the mighty and powerful were brought low and the lowly were lifted up. Eventually Judas, his expectations frustrated and his hopes stalled, betrayed Jesus for silver to line his pockets, just as Joseph’s brothers had betrayed him. The other disciples, nervous about their own fates, abandoned Jesus to his fate.

Even in the face of betrayal, abandonment, and violence, though, God brought salvation. Joseph’s suffering became a means for his family’s rescue from famine. His dream came to fruition years later in Egypt. Jesus’ suffering became a part of God’s saving work. In the fullness of time, God’s dream modeled in Jesus’ ministry, will be fulfilled as well.

Prayer: God of dreams and visions, give us eyes to see your kingdom breaking forth on earth. Give us hearts to seek your will above our own expectations. Give us courage to overcome our fears and work for your dream for all creation. Amen.