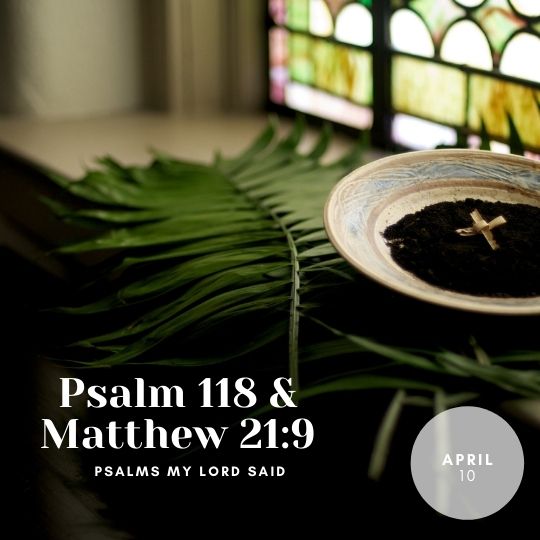 Psalm 118 is a Psalm of Victory.  Literally.  I’m not dipping into any special pastor knowledge to say this; it’s the Psalm heading in the NRSV.  Psalm 118: A Psalm of Victory.  And it is not hard to see why this Psalm has been assigned the heading.  This Psalm speaks of vindication.  This Psalm speaks of deliverance.  This Psalm speaks of a powerful God who gives the singer victory over their enemies.  After calling on all of Israel to praise the Lord, the Psalm declares: I was pushed hard, so that I was falling, but the LORD helped me.  The LORD is my strength and my might; he has become my salvation.  There are glad songs of victory in the tents of the righteous: “The right hand of the LORD does valiantly; the right hand of the LORD is exalted; the right hand of the LORD does valiantly.”  I shall not die, but I shall live, and recount the deeds of the LORD.”

But the telling thing is precisely how that victory of God is meted out.

This Psalm is quoted during the Gospel telling of the Triumphal Entry, when Jesus enters Jerusalem to shouts of Hosanna.  As Jesus enters Jerusalem a crowd gathers and begins shouting “Hosanna” meaning “please save us!”  And then quoting this Psalm: “Blessed is the one who comes in the name of the Lord.”  The crowd says “Please save us” and then references a Psalm of God’s victory.

Jesus arrives on a donkey.  A humble beast of burden.  Jesus arrives with the poor at his back, not a powerful army.  Jesus engenders not fear of retribution, but the hope of an oppressed people.

Psalm 118 is a victory Psalm.  And we will be tempted to desire and seek out victory through the logic of Pilate’s procession.  But when we sing our songs of victory, when we pray for God’s victory in our lives, when we desire our vindication, may we remember our salvation comes through Christ’s procession.  A road that leads to the cross.  A road that leads to the empty tomb.  Having walked that road, then shall we sing “Give thanks to the Lord, for He is good, for his steadfast love endures forever.”