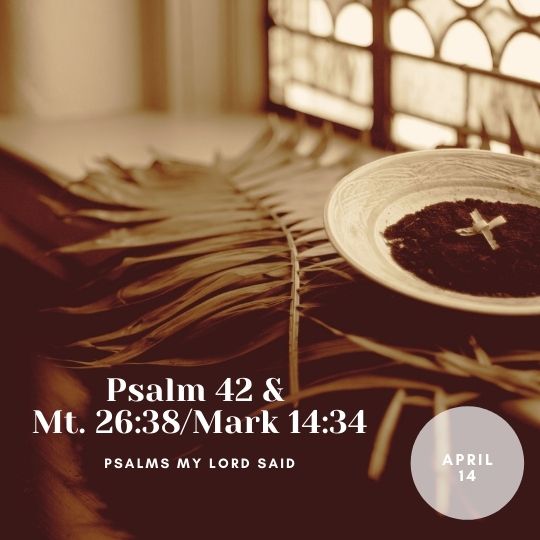 My conversion did not come easy. God had to work hard to entice me, and music was God’s weapon of choice.

“Here, young teenager, a beautiful organ for you to learn to play.”

“Here, young mother looking for fulfillment, the organist is retiring, and they know you play.”

And before I knew it, I had seven choirs and a flourishing ministry, and that’s when God said, “Over here. This is the chair you need to sit in, not on that organ bench.”

And that, my friends, is the abridged story of my call to ordained ministry.

Somewhere during that long process, probably when, as a young teenager, I sang in the adult choir where the person closest to me in age had at least four decades on me, I first sang Herbert Howells. It might have been the Gloucester Service for Evensong (for the non-Anglicans among us, that includes the Magnificat and Nunc Dimittis). But no Howells piece so wrenched my young soul than Like as the Hart, a setting of Psalm 42 composed in the early years of World War II when England’s survival was not a sure thing.

The sopranos sing “My tears have been my meat day and night” (the music builds) “while they daily say unto me” (loud d-minor chord) “where is now thy God?”

And when those words repeat, there is the sound of defeat. “My tears have been my meat day and night…” (trailing off).

As a teenager, that just felt like the angst of trying to figure out who I was in a body I didn’t recognize around people who seemed to expect me to be an adult.

But for Jesus, the cry of “Where now is thy God” was part of the anguish to which he willingly subjected himself as the death of his very human body drew near.

Where now is thy God, Jesus?

We have heard the cries of the sorrowful hundreds of thousands of times over the past two years. People dying in isolation from those they love, last rites offered on FaceTime, final words of goodbye from a cell phone held up to an as-yet still listening ear.

Where now is thy God?

The Church, for ages quite content to proclaim her longing, “Like as the hart desireth the waterbrooks, so longeth my soul after thee, O God” (Psalm 42:1) has been confronted with the cries of abandonment that weave their way through this psalm

Why are you so full of heaviness, O my soul?

I will say to the God of my strength, “Why have you forgotten me?”

Where now is thy God?

Two years of pandemic have confronted us, as individuals and as churches, with our mortality. The longing of our hearts, the thirst for God’s living waters, are the confession that we are nothing without God’s presence, that our thirst will never be quenched until our trust is solely in God “who is the help of my countenance and my God.”

Jesus knew this. Even in his deep grief, begging that the cup might be taken from him, he knew that the cup that he drank would become the cup of our salvation. Wherever God was in that moment, Jesus still prayed. Still called “Abba.” Still understood that God’s will must be done.

God’s will be done, on earth as in heaven, where no cries of “where now is thy God” are heard ever again, because we all dwell in the knowledge and love of God. We all go with the multitude to God’s house, with voices of praise and thanksgiving.

Just as the psalms point to fulfillment of God’s promises to us, so Howells ends Like as the Hart, with a soft, tender E-major resolution to the question, “When shall I come to appear before the presence of God?” There is, even in the questioning, an assurance that we will yet come into God’s presence, that our longing will cease, and our thirst will be quenched with streams of living water.