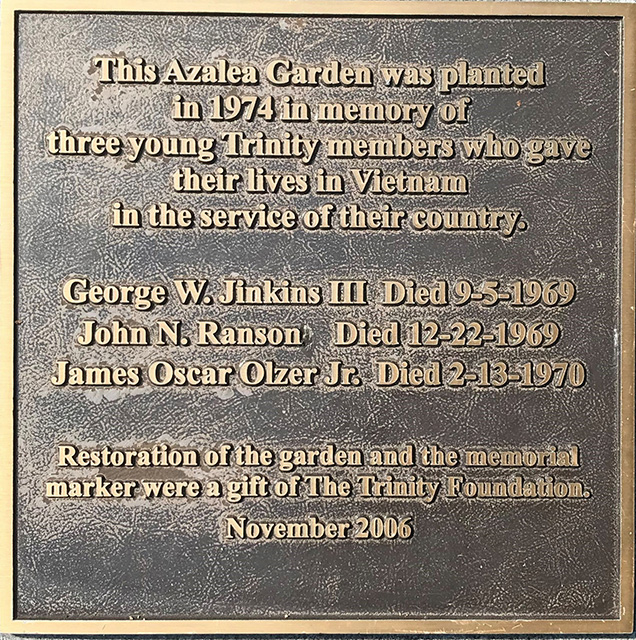 Peace I leave with you; my peace I give you. I do not give to you as the world gives. Do not let your hearts be troubled and do not be afraid. John 14:27 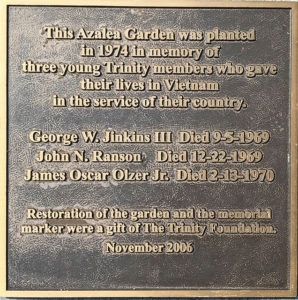 There are three names engraved on a bronze plaque near the flag pole on Forest Avenue next to the church parking area. The names are in memory of three soldiers who were killed in Vietnam between 1969 and 1970. These men gave their lives for their country; may they always be remembered.

In 1971, I was serving in the U.S. Air Force as a nurse in Cam Ranh Bay, Vietnam. It was a lonely place to be at Christmas. One of the men, Sgt. Ken Hollis, wrote a comparison between Christmas in the United States and Christmas in Vietnam for the base newspaper. I kept that article and here is a quote from it 50 years later: “An anxiously awaited extra card or two from faraway loved ones and the waiting lines at the post office for packages marked ‘Don’t open until Christmas’ – Christmas in Vietnam is. Worshipping at the base chapel and celebrating the birth of Christ – Christmas in Vietnam is.”

It starts with the birth of Christ as an infant who brought peace, love, and hope into a shattered world. God had sent us his Son to follow in his footsteps and learn the path of salvation through His death and resurrection.

In our lonesome and troubled times, may we always live by John 14:27. 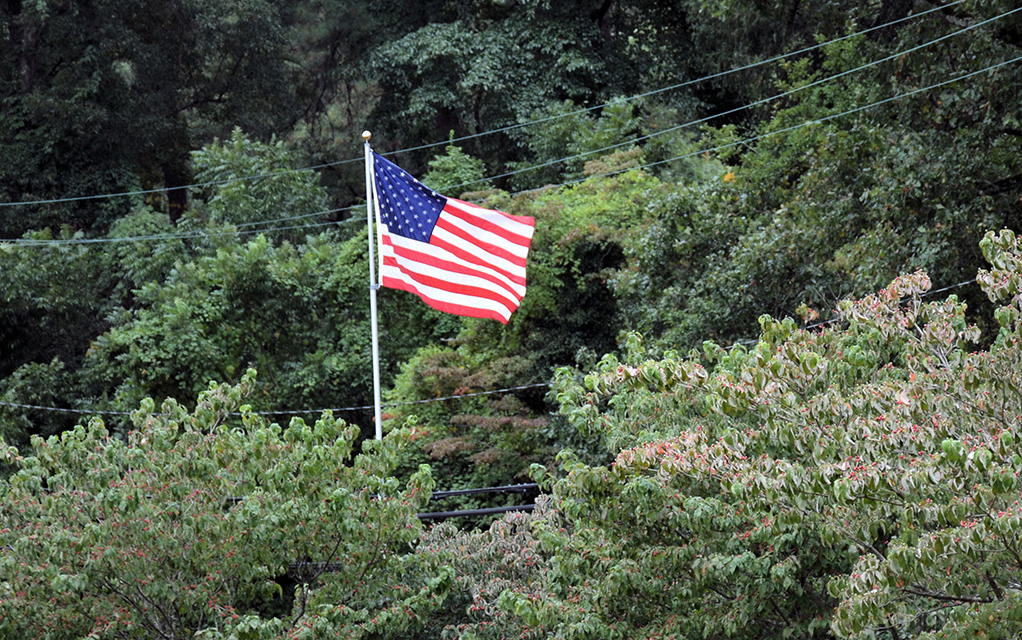 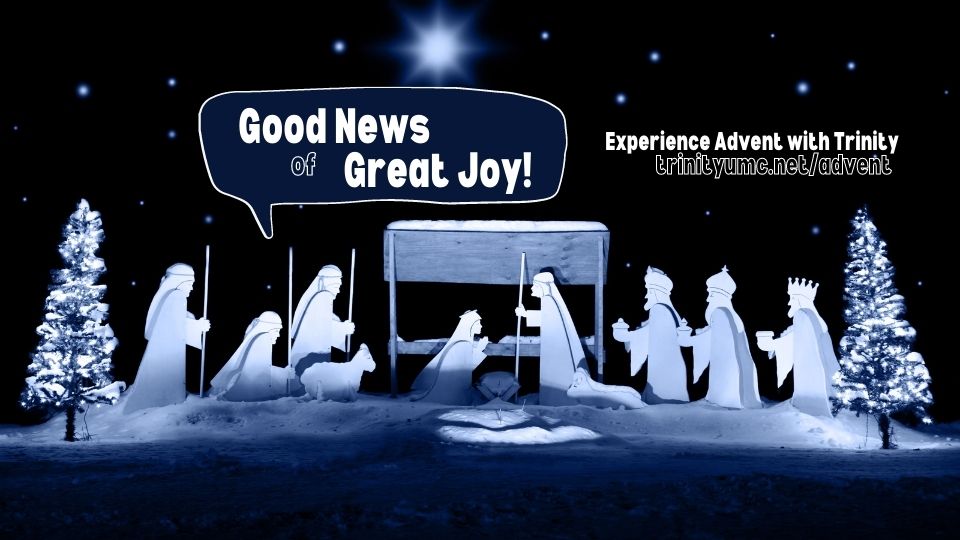 Learn more about Advent at Trinity!