The renovation of the Mastin room started on Monday, July 27. Building permits, insurance coverage, and contracts were finalized. A pre-construction meeting was held with key personnel from Century Construction Company to outline their plan. This project will create a new meeting space for our youth while also improving the adjoining hallway and restrooms.
Our Trustees want to thank our congregation, the Trinity Foundation, the Finance Committee, and Church Council for their leadership and cooperation in making this project a reality. We will keep you updated on the progress.

In a very short period of time, the Sanctuary has become like a production room for a television show. Also, in a very short period of time Aaron Miller, Bryce Miller, Charles Staples, Hung Su Lim, Jen Williams, and our communication consultant, Kim Johnson, have revisited past skills and learned new skills in the weekly broadcast of the Sunday morning worship service. That service just doesn’t happen in a blink.
During the week, assorted recordings and videos are produced. This involves lots of technology for editing, mixing, and developing a take that is worth broadcasting. This also involves lots of communication with musicians and choir members. When a piece is filmed off-site, this requires a whole different level of production techniques and strategies.

Recently, this team has worked to improve the infrastructure of our technology. The goal is to improve the quality of the broadcast, but we all need to remember technology is imperfect. All it takes is one tiny gremlin to wreak havoc during a Sunday broadcast.

We thank you for your support and feedback as we continue with virtual presentations. And we appreciate the hard work and teamwork that Aaron, Bryce, Charles, Hung Su, Jen, and Kim give us each week.

How We Do What We Do

Many of you have participated in online worship for the last 5 months, or have seen some of the videos we do with the choir and wondered how these are produced.  I decided to search for the documentary filmmaker inside myself and create yet another video showing what is involved.  Frankly, let me say that I love doing these things.  Otherwise, I wouldn’t do them.  Most churches don’t, because a 3-minute video takes between 5 and 30 hours to create.  But, desperate times often call for desperate measures!  And as you know, singing has been deemed a “super-spreader” activity (this from the national associations of singing teachers and also choral directors) so I’m afraid that we won’t be singing in church for quite a while.  So, take a look and if you have been hiding a voice within – now is the time to remove it from under that bushel and join us! A Message of Hope

As the turmoil in our country and our city continues, Tae Lilly offers Trinity a message of hope along with some music.

This video was created for Sunday worship, June 21. A few weeks ago, we put out a call for some help with assorted projects around the church. The goal was two-fold—perhaps
remove some boredom from COVID-19, and yes, we will admit to selfishly help out this old church building and its grounds.

The first person to reach out to us was one of our youth, Drew Thompson. Drew, who will be a rising senior at the Steward
School, came by two mornings with his power washer.

Both days, Drew worked for four hours. He focused on the brick sidewalks, walls, and steps where Trinity Preschool parents drop off and pick up their children in front of the Welcome Center. It is amazing how water, pressure, and expertise from Drew can transform soiled brick. That area looks 100% better.

Many thanks Drew for your time, energy, and effort. We also thank his parents for raising such a nice, polite, and hardworking
young man.

And finally, a note of thanks from the bricks and mortar. Drew, they said to tell you they feel less dingy now, and they can actually see better with all that grime gone.

Feed More: Who is that masked man?

On Monday, morning May 18, Tropical Storm Arthur was sending light waves of rain north into Richmond.

Ronnie Johnson, our head custodian, at Trinity helped me load almost 70 bags of food to deliver to Feed More. With the van loaded, I drove into the city.

If you’ve never been to Feed More it is a series of buildings on Rhoadmiller Street. And if you are at times directionally challenged like me, then that might explain why it took me a few extra minutes to find the drop spot for our donations.
As I was getting ready to start unloading, I saw a gentleman coming out of one of the Feed More buildings. Like me, he was wearing a mask, so it took a few seconds to recognize Trinity member, Dan Nichols.

Dan had just finished a morning shift as a volunteer for Feed More. For many years, Dan has been one of those consistent volunteers for Feed More. Every week he is present helping out.

Today, Dan’s timing could not have been better. He asked if I needed help. And before I could answer yes, Dan had bags in hand heading toward the pod.

Many thanks to Dan for his gracious assist, and many thanks to everyone who donated food on Friday. By the time we finished unloading the Trinity van, the three large bins inside the pod were overflowing. 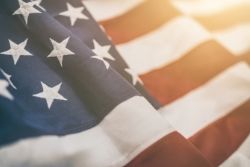 This year, the Outreach Class will not host its annual Veterans pancake breakfast. Our class has enjoyed being a small part of what our Veterans have given to our country through their service and leadership.

On this Veterans Day, we hope if you have a family member, neighbor, friend, or a stranger wearing a hat indicating a branch of the American service that you will take the time to acknowledge and thank the Veteran for his or her service.