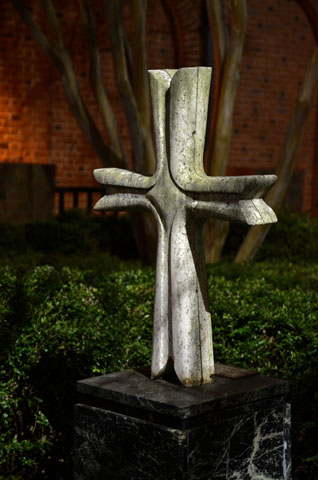 The people walking in darkness have seen a great light; on those living in the land of deep darkness a light has dawned.

ON WHOM LIGHT SHINES

When I read this verse, I think of Handel’s “Messiah,” which draws on this verse and the ones that follow in his great conclusion to Part I.

Yet the oracle reaches beyond historical bounds as it looks to the “Day of the Lord” and the new age of justice and righteousness that God promises to bring to pass.

We believe that new age began with the birth of the Christ Child, and we’ll see its total fulfillment in God’s future time.

Isaiah spoke to an age of darkness, where Israel was under the threat of the Assyrian Empire, to whom they would fall captive.

In our day of COVID-19, political turmoil, racial unrest, and economic uncertainty, it is easy to succumb to dark despair, but in such a time as this, our ultimate hope is, but in the eternal providence of God who brings hope and light to those with eyes to see.