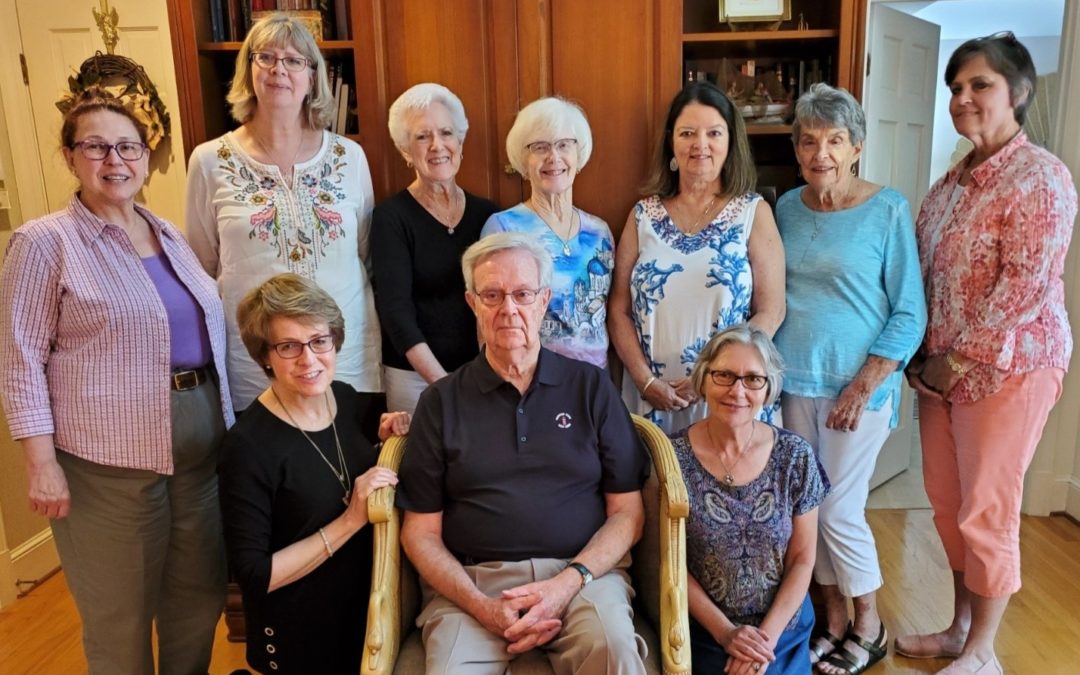 Alexander (Sandy) Berry led a group of Trinity members in meaningful and thought-provoking book studies for over five years. His group began by studying Does Your Church Have a Prayer? In Mission Toward the Promised Land – the first book selected by Pastor Larry Lenow for church-wide reading. The group derived the name “Promises Group” from this book’s title. With fastidious research, insightful discussion topics, compassion, and wisdom, Sandy led the Promises Group in studying one or two books each year until he announced his retirement as leader of the group in the spring of 2019.

The group’s final study was of N. T. Wright’s The Life of Paul. The Promises Group was open to all Trinity members, and participants varied over the five years the group met. A number of Sandy’s former students gathered recently to thank him for his faithful and inspiring leadership. Trinity is home to many small groups, and the Promises Group stands as one example of how faith and love can be nurtured when members come together to study and learn.