So what happened in Trinity’s Vacation Bible School 2017? 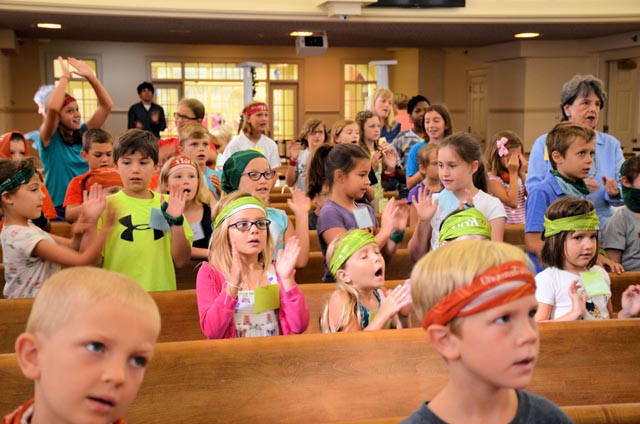 Paul greeted us as we came into his house. He was chained to a guard, but was so glad to see us. Each day he shared more and more about Jesus and God’s love, so much so that by the end of the week Brutus, the Roman soldier guarding Paul, had decided to become a Christian. Each day we left Paul and went down to the cave, called “the Underground Church” where the 1st Century Christians met hiding from the Roman officials. We could go on and on, but the picture can tell the rest of the story.

Thanks so much to everyone who helped and supported VBS.

Thank you to Dianne Moore for these wonderful photos!