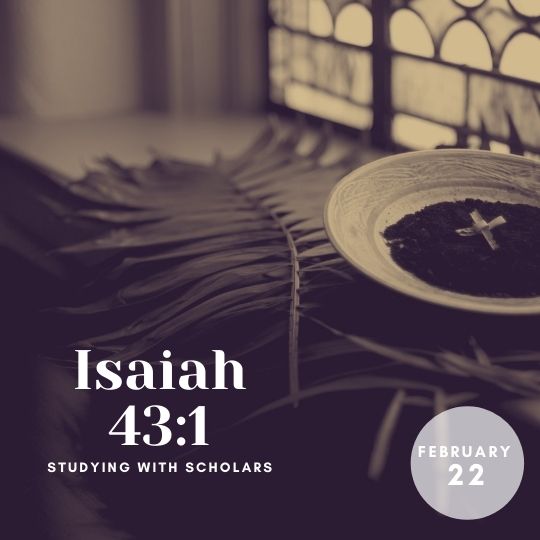 “But now thus says the Lord, he who created you, O Jacob, he who formed you, O Israel: Do not fear, for I have redeemed you; I have called you by name, you are mine.” – Isaiah 43:1

Election is, often, a dirty word in the church. In our particularly problematic political times we like to keep people happy so we generally avoid talking about politics and partisan ideologies. We encourage people to think for themselves and make their own decisions in regard to such matters.

To talk about election is to take steps into mystery. We, of course, don’t care much for mystery. We like to have answers to all of our questions. We like things being neat and orderly. However, God often hands us the complete opposite.
And so, because we like to make order out of chaos, we have disagreed throughout the history of the church about God’s electing work and we now have the great mosaic of denominations rather than “dwelling together in unity.”

Enter Karl Barth. [Karl Barth was a very significant Christian theologian in the middle of the 20th century.  He wrote a four-volume work of theology called “Church Dogmatics” that, in many ways, revolutionized the ways that contemporary Christians talk and think about God.]

In II.2 of the Church Dogmatics Barth sets out to define what it is that makes one “elect.” He begins with a general answer about how election is not something to be earned or deserved, but simply is the way that it is. But then, in a profound and rather long excursus, Barth compares the elected and the rejected characters throughout the Old Testament in order to bring home exactly what it means to be elect in Jesus Christ.

Cain and Abel – The difference between the brothers is not based on any prior mark of distinction, but from a decision on God’s behalf concerning them. However, even though Abel is clearly favored and Cain is not, this does not mean that God has abandoned or rejected Cain. Notably, even though Cain killed his brother, God promises to protect Cain’s life.
Jacob and Esau – Esau is the older and favorite son of Isaac, but it is Jacob (the little heel grabber) who ultimately receives the birthright and the blessing. However, God does not abandon either of them to their own devices, but promises to bless the world through their offspring.

Rachel and Leah – Jacob loves Rachel more than Leah but Leah is the one the Lord makes fruitful. However, God does not reject Rachel and she, eventually, gives birth to Joseph.

Joseph and his brothers – Joseph is rejected by his brothers and sold off into slavery. However, Joseph is instrumental in the deliverance of God’s people from famine who are then brought into the land of Egypt.

On and on we could go. Barth’s central point is that even though certain figures appear rejected by God, they are, in fact, blessed and intimately involved in God’s great story that culminates in Jesus.

Without them the great narrative simply isn’t possible.

And then, in Jesus, we discover both the elected and the rejected. The Elect Son of God, born for us and among us, is ultimately rejected by us.

He is regaled by the crowds and dismissed by the religious authorities.
He is celebrated by the last, least, lost, little, and dead only to be chased out of town for preaching a sermon about himself.
He is surrounded by followers who hang on his every word only to be abandoned by all of them when he, himself, hung on the cross.

And yet, how does Jesus choose to use some of his final earthly breaths?
“Father, forgive them, for they do not know what they are doing.”
We, all of us, deserve rejection. We all choose to do things we know we shouldn’t do, and we all avoid doing things we know we should do. That, in a sense, is what Lent is all about. This liturgical season is focused on considering the condition of our condition.

To borrow an expression of Paul’s: There is nothing good in us.

We, to put it another way, are up the creek without a paddle.

And yet, strangely enough, the elected rejected, Jesus Christ, takes all of our sins, nails them to the cross, and leaves them there forever. Thanks be to God.