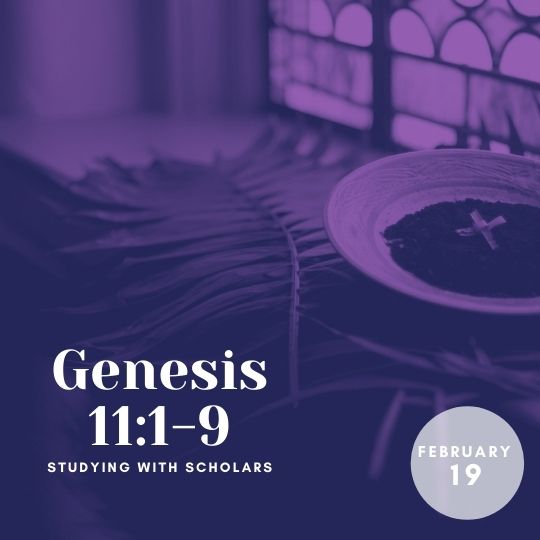 In Genesis 11:1-9, we see the people have come together to make something great. They are using their intelligence to build a wonderful city, to include a tower so tall, it reaches the heavens. They want to make a name for themselves and are fearful of being scattered abroad.

There are several ways to interpret this passage. Some believe the people were being prideful, trying to be as great as God. Other scholars believe the people were striving for homogeneity, as the word “one” is used 4 times in this passage. Scholars believe the expression “a tower with its top in the heavens” was just a cliche for a tall tower, and that they wanted to be known for building something that would last. God may have been concerned that they were trying to be homogeneous, one people.

We have seen the dangers of homogeneity throughout history and to the present day.  When we begin to unpack our split-second reactions to things and people, we are struck by how drawn we are to people who look like us. I attended seminary in Washington D.C. and took the Metro or bus to my classes. It hit me one day that when getting on the metro or bus I would usually sit beside someone who shared my skin color (if there were options). In that split second of looking around and walking towards a seat, my gut reaction was to choose someone who looked like me. I had to start pausing, looking around longer, and deciding to overcome that gut reaction. I had prided myself on being a person who tried to overcome homogeneity, and yet the desire still existed within me.

Jesus came to dwell among us. Jesus brought together different people. Jesus welcomed unlikely disciples to come and follow him. Jesus welcomed women to follow him. Jesus invited the children to come to him and dismissed those who tried to shoo them away. Jesus interacted with the Samaritans, people seen as outsiders, and offered them the living waters of eternal life.

God’s kingdom will be a great reversal of the tower. God scattered the people because their drive for homogeneity was so strong. Through Jesus Christ, God will gather the people back together. In the scattering in Genesis 11, God confused the language. We see a foretaste of what is to come in Acts 2 when through the Holy Spirit the people are able to understand the disciples. The disciples were filled with the Holy Spirit and began to speak in other languages as the Spirit gave them ability. The people were so amazed!

The reversal of Babel is at hand, God is bringing diverse people together as part of God’s kingdom. When God’s kingdom is fully here, there will be a new heaven and a new earth, no towers will be needed to reach the heavens because heaven will be here. How can we join God in ushering in God’s kingdom of diversity?