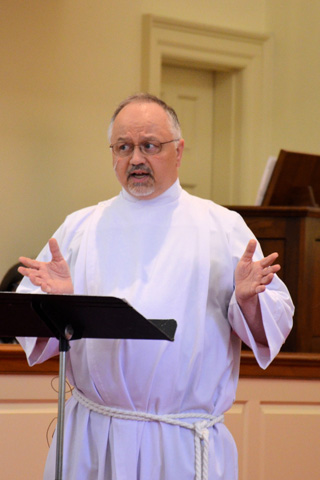 See what great love the Father has lavished on us, that we should be called children of God!  And that is what we are!  The reason the world does not know us is that it did not know him.  Dear friends, now we are children of God, and what we will be has not yet been made known.  But we know that when Christ appears, we shall be like him, for we shall see him as he is.”

The answer to one of my long-standing life questions immediately became crystal clear the very moment that I became a father.  Literally fitting into my cupped hand was this precious new life.  I instantly knew without a doubt at least one reason why I had been put on this earth.  I began to wonder, what will my child be like?  I had so many ideas, yet I had no idea.

What will we be?  Will the world know Him?

Many of you know of the time in my life that I became a foster father and the legal guardian of my nephew.  It was one of the most challenging times of my life.  I constantly prayed for patience, and before deciding to act, I contemplated the Golden Rule – “Do unto others what you would have them do to you …”

I remember Joseph, choosing to be low key after finding out that Mary was expecting.  Then, the angel of the Lord appeared to him in a dream.  I can’t even begin to imagine being the foster father for God’s only son!

I have come to know the love that this father has for his children.  Ever since the day I assumed this new identity, I have often pondered about the great love the Father has lavished on us.  Considering what God has done for me, I cannot imagine the bounds of His love.  Yet, through our willingness to be His hands and feet is one way for the world to know Him.

What will we be?  Will the world know Him?